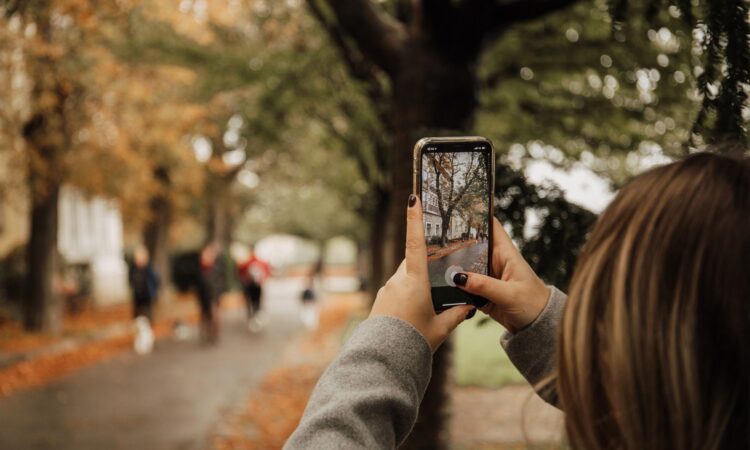 Even though an iPhone isn’t nearly as good as a telescope, it can still take good night sky photos. On July 12, NASA showed the first pictures of the JWST, which showed the early universe. It started to talk about photography and the tools needed to take good pictures in space.

Astrophotography is mostly about taking pictures with long exposures, which the iPhone can do. With long exposure photography, the passing of time can be seen in a still image. When moving, things are blurred by a long exposure, stars look like lines or trails, clouds look stretched out, and the water looks smooth.

This blurry movement is captured by leaving the camera shutter open for a long time. How much light gets to the camera sensor depends on how fast the shutter is and how big the aperture is. Depending on what you want, “long periods” could range from 5 to 30 minutes.

When Apple released the iPhone 6s in 2015, it came with Live Photos. This was the first step toward this category. A Live Photo is like a cross between a GIF and a video. It shows what happens right before and right after a photo is taken. These photos show movement when you press and hold on to a still image in the Photos app.

With iOS 11, Loop, Bounce, and Long Exposure can now be changed in Live Photos. Long Exposure is an option that uses algorithms to look like long exposure photography. It wasn’t until the iPhone 11 that real long-exposure photography could be done with it. Night Mode was added with this model to make photos taken in low-light situations brighter and clearer while reducing noise.

Night Mode turns on itself when the iPhone senses there isn’t much light. Then, depending on how dark it is, the iPhone will take a quick picture or one that lasts a few seconds. Users can set the capture time themselves. The cheapest way to take night sky photos is with an iPhone, though it may not work with all models.

Night Mode is available on the following iPhones:

To take good photos of space, you need a way to keep your iPhone still and software that lets you take pictures. With third-party apps and the built-in Night Mode, long-exposure photography can be done. The equipment used to take the photos determines how good they are. The best telescopes for mobile astrophotography are those made to work with smartphones. Using a tripod is less expensive and easier to do.

Astrophotography equipment for the iPhone

You can’t take pictures of the Cosmic Cliffs or planets in the nearby solar system with an iPhone on a tripod and a night mode app. But the gear on this list will improve basic pictures of the moon and ensure that stars appear in pictures taken at night.

The most well-known brand of smartphone tripods is GorillaPod. The legs of these mounts from JOBY are made with ball joints so they can be moved around. Each leg can be bent into almost any shape to keep the iPhone safe. For example, the legs can be wrapped around objects or put on the ground. In 2021, we looked at a line of GorillaPods made for iPhones with MagSafe.

These tripods are low enough that most people can afford them. They got 4 out of 5 stars. A good choice is the GorillaPod Starter Kit. It has different mounts for GoPro and other compact cameras and a universal clamp that can hold phones from different brands. It can be bought for $32.95 and is often on sale.

Sandmarc is a brand that makes high-quality accessories for iPhones and other devices that can be used for photography. There are two types of its tripod: the Compact Edition and the Pro Edition. The Compact version is made for travelers and is small, light, and easy to put together.

The mount from Peak Design is even smaller than the mount from Sandmark. This tiny tripod folds up to be only a half centimeter thick, which makes it great for carrying in pockets. It works with MagSafe and can be snapped on and off in both portrait and landscape mode.

The feet on the aluminum legs can stop them from slipping, and they can also reduce vibrations. A small ball head mount lets you change the angle of the iPhone to get different views of the night sky. The iPhone stand from Peak Design costs $79.95.

Using Night Mode and a tripod, you can take night sky pictures. But there are also a lot of apps from other companies.

One of the most downloaded camera apps on the App Store is Halide. It has all the manual needs to control a photographer could want, like adjusting the Exposure, ISO, shutter, and white balance. The image formats used are RAW (DNG RAW), TIFF, HEIC, and JPG. The app uses iOS features like Deep Fuse and Smart HDR. If you sign up for a subscription, Halide is free to download.

Camera+ 2 lets you shoot and edit RAW photos, works with Apple Photos, has Magic ML editing, a Smile mode, a Stabilizing agent, and capture presets. A strong Manual mode gives photographers the controls they want, like Exposure, ISO, shutter speed, and white balance. Camera+ 2 is free to buy, but you can pay for a subscription if you want to.

Astrophotography is what Star Walk 2 is all about. It’s an astronomy app that maps satellites, stars, comets, galaxies, planets, and constellations. It uses the iPhone’s detectors and GPS to precise map where each object is. The most substantial part of the application is that an iPhone owner can point their device’s live camera at the night sky and see which major celestial bodies are. Star Walk 2 costs $2.99 and can be bought.

Tips for taking photos of the stars with an iPhone

These apps and tools can help you take better photos at night with your iPhone by letting you edit them and keep them steady. First, you must ensure you’re using the right image format. The JPEG format is used for stock images captured with an iPhone. It’s a standard format that almost every webcam and operating system can use.

It uses data compression to save space by making the file size of the image smaller, which hurts the quality of the image. A “lossy” image format is what JPEG is. HEIF/HEIC comes next. In iOS 11, Apple changed to the High-Efficiency File Format. The best thing about this format is that it makes files smaller. HEIC files are even smaller than JPEG files.

Professional photographers use the RAW format. A raw image file has most or all of the information that the camera takes. It’s a format that doesn’t lose quality and doesn’t compress, so you have to edit it before you print or share it. In iOS 14.3, Apple added its version of this format. The correct image format is called ProRAW.

ProRAW uses the iPhone 12 Pro cameras and later to their full potential. ProRAW offers the unrefined image data and Apple’s computational formatting algorithms to improve the images similar to a JPEG or HEIC photo. The RAW format works best when there isn’t much light, like at night. Shadows and other image details are easier to “recover” than a lossy image.

It can be found in the Camera settings, under Formats, on an iPhone 12 Pro or later. Zoom is another camera part that can change an image’s quality. The iPhone can zoom in two ways: optically and digitally. With the iPhone 7 Plus, Apple added optical zoom, which uses a telephoto lens to capture more of the live feed from the camera. For example, the iPhone 13 Pro camera app shows 0.5x, 1x, and 3x on the screen.

With the 0.5x setting, the ultrawide camera zooms in on the image to fit as much as possible on the screen. In photos taken with the 1x setting, the camera’s default wide angle is used. Lastly, the 3x option uses the telephoto lens, which is longer than the wide lens and brings the subject closer to the camera.

Digital zoom is turned on when you pinch the screen to zoom in or out after the camera’s optical zoom is at its fullest. The iPhone 13 Pro can digitally zoom up to 15 times. When you use a multitouch gesture to “spread out” the camera feed and zoom in 3 times, digital zoom takes over. Start by putting two fingers together on the screen and moving them apart.

The image on the screen is cropped and made bigger by digital zoom. Because the camera lens doesn’t move closer to the subject, image quality is lost. For the best quality, optical zoom is better. The iPhone Pro, Plus, and Max all have telephoto lenses that can be used to zoom in and out.

For more advanced iPhone long exposures, many telescopes work with iPhones. This article doesn’t cover those, though. A telescope costs more than an iPhone tripod, but it has more zoom than the telephoto lens on an iPhone.