HomeXiaomiIs The Xiaomi 11i Hypercharge 5G Worth The Money?
Xiaomi
No tagsXiaomi 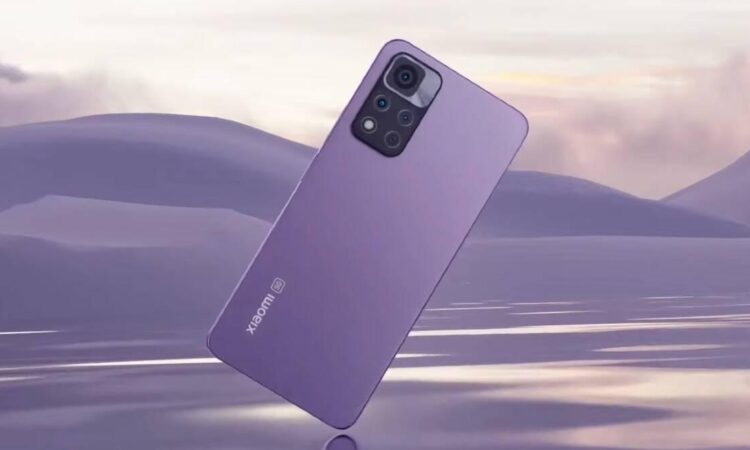 Xiaomi, a leading smartphone brand, kicked off 2022 with a mid-range phone that was the first in the industry to use 120W fast-charge technology. In addition to the amazing fast-charging technology, the smartphone has a new design, a better screen, better performance, and better cameras. On paper, the Xiaomi 11i HyperCharge looks like a good midrange phone all around.

Xiaomi doesn’t stand out in this area, and the 11i HyperCharge is no different. The smartphone has a flat, boxy shape with a flat plastic frame and back cover. Plastic shouldn’t be a cause for concern, but the phone’s heavyweight (204g) and awkward shape should be. Also, the back camera system sticks out too far from the body.

The camera assembly sticks out, making the phone wobble on flat surfaces and harder to use overall. The only good thing about this book is that the back cover has a matte finish that doesn’t show fingerprints. But because it doesn’t have a glass cover, it might not be as good against accidental damage.

The Xiaomi 11i HyperCharge has a 6.67-inch AMOLED punch-hole screen with a 120Hz refresh rate and fullHD+ resolution. The top layer of the screen is created of Gorilla Glass 5 to protect it from everyday mishandling. There are bezels around the screen, but they aren’t big enough to get in the way of what you’re seeing.

In terms of experience, the screen is bright and easy to see even in bright sunlight. It also has good contrast, with deep blacks and fine whites. This stands out when high dynamic range content is being shown. The display responds well to touches because it checks for them 360 times per second.

Also, it refreshes at a rate of 120Hz to give users a smooth experience, whether they are using apps, scrolling through social media feeds, looking at web content, or even playing games compatible with the screen. The screen doesn’t have a variable refresh rate as the processor does. Instead, it works at either 60Hz or 120Hz.

In the native clear picture, the sensor captures a little more detail, but the colors are messed up, and the dynamic range isn’t very good. When it’s dark, the primary sensor artificially brightens the frame, which makes noise and colors that don’t look right. There is a dark mode for taking pictures in low light, and it works well most of the time as long as you hold the phone steady.

The ultra-wide-angle sensor takes detailed pictures, but the edges are blurry, and the picture is not straight. Also, there is no color balance between pictures taken with the main sensor and the ultra-wide-angle sensor. The macro sensor is good but doesn’t have auto-focus lenses, so it’s hard to get the right shot. Also, the lack of megapixels makes it hard to see small details.

The front camera works well, but it’s not amazing. It works fine when it’s bright outside, but the frame gets softer when it’s taken inside. Even though it’s good for selfies, it’s not good for group selfies because its field of view is so small. Regarding videos, the Xiaomi 11i HyperCharge can record up to 30 frames per second and up to 4K resolution. But the only way to record a 4K video is with the main sensor.

The ultra-wide-angle sensor can record up to 1080p at 30fps, while the macro lens can record 720p at 30fps. The front camera can take videos in 1080p at 60 frames per second. As for the video quality, the main camera, ultra-wide-angle sensor, and front camera all do a good job at 1080p 30fps. It’s hard to make a good video with a macro lens because it doesn’t have autofocus technology.

The Xiaomi 11i HyperCharge is energized by the MediaTek Dimensity 920 system-on-chip (SoC), which supports 5G networks. It also has up to 8 GB of RAM (LPDDR4x) and 128 GB of onboard storage (UFS 2.2). The phone starts with Xiaomi’s MIUI 12.5, based on the Android 11 operating system.

The Xiaomi 11i HyperCharge works well and has a lot of power. It works smoothly for most day-to-day tasks, and it also works smoothly for heavy-duty tasks like gaming and editing multimedia. When used a lot, the phone gets a little warmer, but not so much that it’s uncomfortable to hold and use.

The phone’s 4,500 mAh battery adds to its speedy performance. With the screen set to a 120Hz refresh rate, the battery will last for a full day. The phone is available with a 120W fast charger that can charge a completely dead battery to full power in about 20 minutes. Xiaomi has, for some reason, turned off the boost charging speed by default.

Once turned on, it requires about 16 minutes to charge the battery from nothing fully. Still, the Xiaomi 11i HyperCharge is the only phone in any category with 120W fast-charging technology. So, it charges faster than any other smartphone, with or without the boost charging speed.

The Xiaomi 11i HyperCharge costs Rs 28,999 and is a good mid-range smartphone, but it looks boring and is hard to use. If the phone’s design and build aren’t very important to you, this is the phone to get because it doesn’t disappoint in any other way.