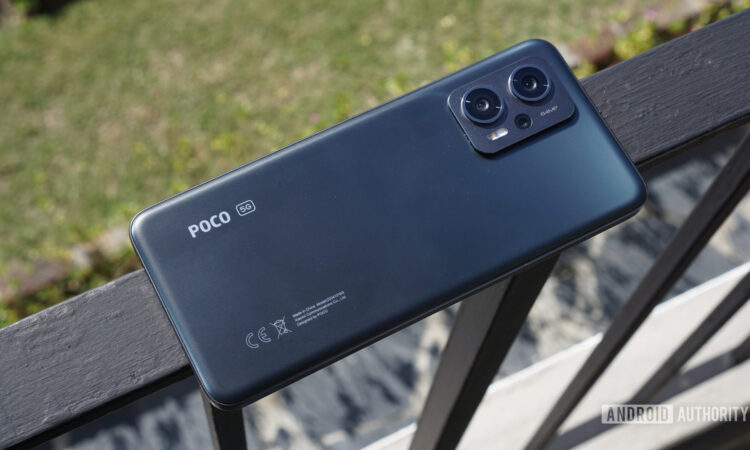 Even though there aren’t many differences between the X3 GT and the X4 GT, POCO’s new mid-range phone, the X4 GT, is set to kill the mid-range market thanks to its powerful Dimensity 8100 processor, which other phones in its price range have a hard time keeping up with.

Even though the F3 was better, the POCO X3 GT was a mid-range monster when it came out last year, thanks to its Dimensity 1100 processor. The changes to its successor, the X4 GT, are more incremental, but its powerful Dimensity 8100 processor makes it stand out from the competition. In 2022, the POCO X4 GT could be the best mid-range phone.

Unboxing and packing up the contents

POCO maintained the black box on the X4 GT, just like they did on the X4. Yellow is used for the big POCO logo on the top of the box to emphasize that the phone is ready for 5G. The phone, instructions, a silicone case, a screen protector, a USB-C cable, and a 67w charger are all in the box.

The POCO X4 GT’s plastic frame has flat sides, unlike the X3 GT, and its 2.5D-shaped back panel makes it look as thick as the X3 GT. The X4 GT’s camera module looks cleaner than last year’s. However, the two-step design makes the camera module stick out from the body quite a bit, so you’ll want to use the silicone case that comes with the phone to protect it from bumps and scratches.

Even with the case that comes with it, the X4 GT doesn’t lay flat on the table. The X4 GT has a similar button and port layout to its predecessor, but we’re glad that the headphone jack is back on the top of the phone next to one of the loudspeakers. The SIM card tray has been moved to the bottom of the X4 GT, which makes it look more expensive than the X3 GT.

The POCO X4 GT still has a 6.6-inch Full HD+ IPS screen, but the refresh rate has been increased to 144hz. Since the POCO X4 GT is more expensive, with the 256GB version costing close to Php 20,000, POCO should have used an AMOLED screen with a slightly slower refresh rate instead of an IPS one.

Most Android games can’t take advantage of this high refresh rate (most max out at 60Hz), and we’d much rather have a better-looking screen with more accurate colors than a panel with an insanely high refresh rate. Still, the POCO X4 GT’s screen does have some nice features, such as Widevine L1 for watching Netflix in full HD and HDR10 and Dolby Vision support.

POCO took a safer route with the cameras than with the screen. The front and back cameras on the X4 GT are the same as those on the X3 GT. We were happy with the camera setup on the X3 GT; on paper, the X4 GT’s use of a Dimensity 8100 processor should mean better image quality.

We took a few photos with the X4 GT when we first got our hands on it. The photos we got with the main camera are generally good in daylight and mixed lighting, but the ultra-wide-angle camera isn’t as sharp because of its hardware. The X4 GT can shoot up to 4K30 video and supports Steady Video at 1080p30, just like its predecessor.

The best thing about the POCO X4 GT is its MediaTek Dimensity 8100 processor. This mid-range processor has been talked about a lot because it is said to be able to compete with Qualcomm’s flagship chips from the last generation.

We did some early benchmarks with the POCO X4 GT, and we were very impressed by how it blew away the competition in the Php 15k to 20k price range and that it can perform as well as flagship phones. We still have more tests to do with the POCO X4 GT, including some heavy gaming, so stay tuned for our final verdict in our full review.

The X4 GT has a version of MIUI 13 made just for POCO, so it already has Netflix, Amazon, POCO-specific apps, and a few games installed. Genshin Impact comes pre-installed on the X4 GT, which is interesting. This shows that POCO is sure that the popular open-world RPG will run smoothly on the X4 GT. The POCO X4 GT has a 5020mAh battery and 67w wired charging, just like its predecessor.

When the POCO X4 GT comes out in the Philippines, it will shake up the mid-range market. Even though it looks like a typical mid-range phone, its use of a Dimensity 8100 processor gives it an amazing price-to-performance ratio that its competitors will have a hard time matching.