HomeWikoReview Of The Wiko View Go Smartphone.
Wiko
No tagsWiko 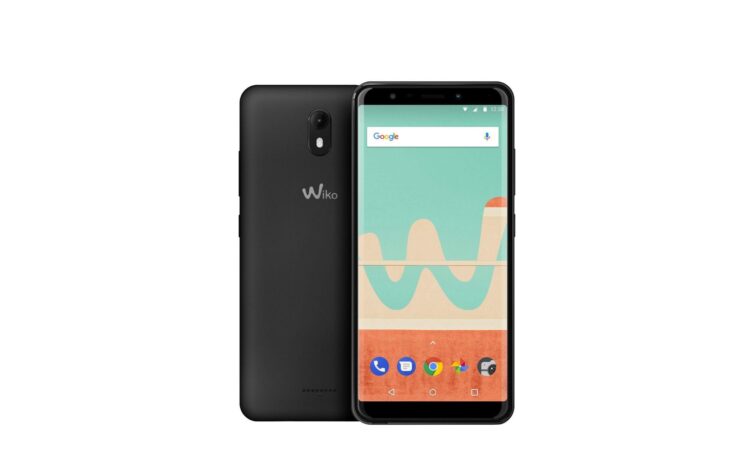 The back cover of the Wiko View Go can be taken off. The case is made of plastic. The user can remove the battery and get to the two MicroSIM card slots and the microSD card slot without much trouble. The lid fits very tightly, and it is unlikely to come off. The change from the edge to the screen and the main body is very smooth. At first glance, it’s hard to tell if the case can be opened or not.

The power button and volume control are slightly off to the right. The speaker and the main camera are on the back of the phone. Last but not least, the device has a micro USB port on the bottom and a 3.5 mm audio jack on the top.

The Wiko smartphone has a standard 2.0 micro USB port that can be used to charge or connect to other devices to share data. The View Go doesn’t have USB OTG functions, but it does let you use two MicroSIM cards at once and add a microSD card (up to 128 GB, according to the manufacturer).

Wiko uses an operating system called Android 8.1, which has security patches from February 5, 2018. Most of the View Go’s interface is Android, with just a few extra apps like Facebook or Wikos FunHub already installed. You can turn these off in the settings, but you can’t get rid of them.

If more than one person uses the Wiko phone, they can each have their account.

LTE phone with GPS and communication

The GSM, 3G, and LTE networks can all be used with the Wiko View Go. This is possible with LTE category 4, which allows speeds of up to 150 Mbps for downloading and up to 50 Mbps for uploading. The reception is steady most of the time.

For short-range communication, you can use Bluetooth 4.2 or Wi-Fi. The second one works with 802.11 b, g, and n. In our tests, however, the Wiko View Go couldn’t take advantage of the opportunities these slow standards offered, and it’s still far behind the competition with data rates below 20 Mbps.

Wiko put a 13-MP main camera and a 5-MP front-facing camera on the View Go. With the latter, you can take pictures in bright daylight that are good enough. But it’s hard to see the whole picture. In the camera app’s settings, you can change things like how soft the skin looks or how big the eyes look, among other things.

The pictures from the main camera are too bright in bright places and too dark in dark places. Overall, our test shot of a panorama shows good detail, but there aren’t many differences between dark and light areas. Also, the colors aren’t as bright as they could be. At close range, the quality of the image depends a lot on how even the lighting is.

Our test photo has too much light, and the colors are dull. But the lines between the different things in the picture are clear, and only the details look a little fuzzy. When there isn’t much light, the View Go’s camera can only take low-quality pictures where the objects are blurry. A big part of the picture is also just dark. Users can change things like saturation, brightness, ISO, and white balance in Professional Mode. You can also change the focus by hand.

The video feature is limited in the same way that the photos are. Since there is no image stabilizer, any small shakes are recorded exactly as they are.

For the Android 8.1 system, the Wiko View Go has a Mediatek MT6739-SoC, a PowerVR-GE8100 graphics unit, 2GB of RAM, and 16GB of eMMC flash memory. With these features, the Wiko smartphone is one of the entry-level devices and is great for simple everyday tasks.

The Wiko smartphone does not do as well as other devices in our benchmark tests. Compared to other low-cost devices like the LG K9 and the Gigasets GS180, the performance is right for a device in this price range. On the other hand, the Xiaomi Redmi Note 5A Prime tests how well a device that costs 200 Euros (about $232) should work.

The Wiko View Go’s PowerVR-GE8100 graphics unit can only handle simple games with low 3D performance requirements. You have to wait a long time for more complex games to load or settle for low graphics settings. We were able to start the game “Arena of Valor,” but it crashed as soon as we chose our party. On the other hand, “Dead Trigger 2,” which was a bit older, worked well.

Hardware requirements also change how the games are controlled. The position sensor takes a little longer to respond, which is also something to keep in mind when playing games.

The volume on the Wiko View Go speaker isn’t too loud, but it’s loud enough to drown out other sounds. Especially the mids stand out, and everything above them has a slight drop. Lows are not available. The speaker can sometimes be used to play music, but the stereo headset that came with the device is a better option. The volume is louder, and the sound is much more even.

The fact that plugs fit tightly in the 3.5mm audio jack doesn’t hurt the sound transmission.