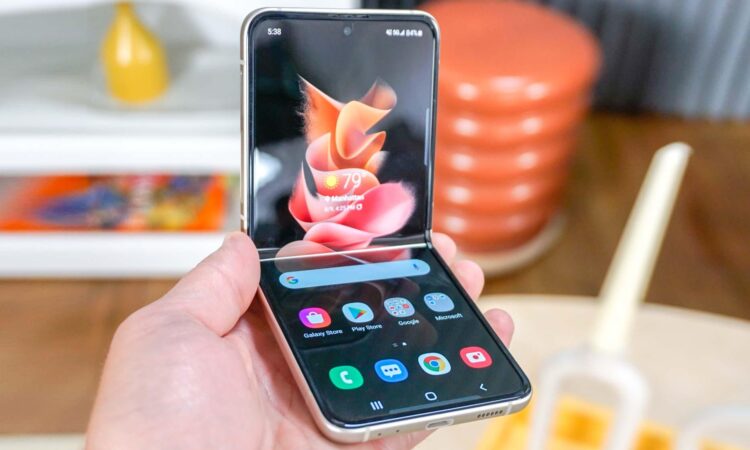 The water resistance feature of the Samsung Galaxy Z Flip 3 makes it the first folding smartphone to offer the feature. Although it has a water resistance certification of IPX8, it can only be submerged in freshwater for up to 30 minutes at a depth of no more than 1.5 meters, and Samsung notes that there are further restrictions. Continue reading while we break down what precisely this entails for you.

Can you submerge a Samsung Galaxy Z Flip 3 in water?

The Samsung Galaxy Z Flip 3 has an IPX8 rating, also known as an Ingress Protection rating, which implies that the smartphone is water-resistant for up to 30 minutes in fresh water up to 1.5 meters deep.

This indicates that it is not waterproof; nonetheless, it is water-resistant and of good quality. However, this grade only applies to freshwater, and Samsung strongly advises that the product not be used in saltwater or pools where harsh chemicals are present.

This indicates that the Samsung Galaxy Z Flip 3 can be used during a downpour or even while taking a shower or bath; however, it is not a good idea to use the device if there is a possibility that it could become soapy or unclean as a result of the same approach. Additionally, it is not recommended that you use it when you are at the beach.

What Does It Mean When It Says That Something Has an IPX8 Rating?

Samsung Galaxy Z Flip 3 smartphone has been given an IPX8 rating, which indicates that it can withstand being submerged in water of up to 1.5 meters in depth for up to half an hour. On the other hand, the X denotation tests show that it is not resistant to dust, dirt, or sand particles. Since this grade only applies to freshwater, you should not use the smartphone in salt water or in a pool where harsh chemicals are present.

Because it does not protect against dirt and other microscopic particles, Samsung suggests that you do not use it at the beach or in a pool because of this. In everyday situations, this indicates that the Samsung Galaxy Z Flip 3 should be able to handle accidental liquid spills without any problems. Despite this, it is mightily suggested that you do not bring it with you into the pool, and you should stay away from saltwater.

What Reliability Can You Expect From the Samsung Galaxy Z Flip 3?

Even though the Samsung Galaxy Z Flip 3 has an IPX8 rating, which indicates that it does not perform as well in water as some individuals might hope it would, it is sturdy in other respects. The outside shell is built up of Gorilla Glass Victus, and the frame is constructed out of Armor Aluminum. Samsung claims the Armor Aluminum frame is the strongest aluminum frame ever created.

What Other Foldable Items Have a Resistant Coating Against Water?

Why are foldable smartphones not as resistant to water as other smartphones?

Because of how they are constructed, foldable smartphones have a greater propensity to let water droplets in, which can result in rusting metallic parts or electrical components malfunctioning.

To ensure that the Samsung Galaxy Z Flip 3 is as risk-free as possible, the company has installed rubber gaskets around any exposed parts and used a substance that seals between the circuitry components.

A flexible sealant enables the foldable phone to retain part of its mobility while still providing some protection, even though its water resistance is significantly lower than that of other devices.

Which Galaxy phones have water resistance, and where can I buy them?

An IP68 rating can be found on most of Samsung’s most recent smartphones, such as the Galaxy S21, S20, and Note20. This includes protection against dust and water. Phones with this grade are protected against dust and can withstand being submerged in freshwater for up to 30 minutes at depths of up to 1.5 meters. The S10, S9, S8, and S7 models, the Note 10 and 9 models, the S6 Active, and the Note8 and S Pen are some examples of older smartphones with IP68 protection.

What kind of resistance does the Galaxy S5 have to water?

The Samsung Galaxy S5 has been certified as having an ingress protection level of IP67. According to this certification, the S5 protects against dust and is resistant to water at depths ranging from 15 centimeters to 1 meter.