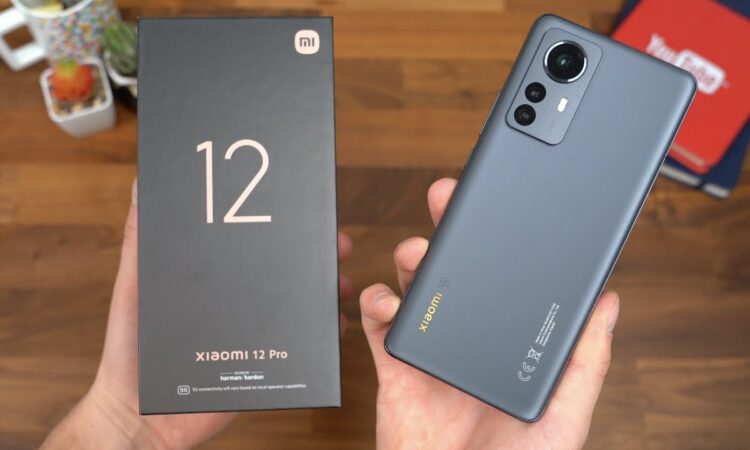 Xiaomi showed off its first flagship phone of 2022 last week. And judging by the list of features, Xiaomi didn’t hold back with the 12 Pro. There’s no question that the Xiaomi 12 Pro has everything it needs to be a high-end phone. But before we take a quick look at the latest flagship phone from the company, it’s important to note that the Xiaomi 12 Pro starts at Rs 62,999, which is a lot of money.

The Xiaomi 12 Pro may not be the sleekest phone on the market, but it does look good. One thing that makes the 12 Pro stand out is its metal camera deco, which sticks out quite a bit from the back panel and holds the phone’s camera modules in a pretty organized way.

The rest of the back panel has a nice matte finish that isn’t easy to get dirty, and the phone comes in Noir Black, Couture Blue, and Opera Mauve. Xiaomi also doesn’t skimp much on how well its products are made. Equally, the front and back of the Xiaomi 12 Pro are glass. The back is made of unnamed glass, while the screen is made of Gorilla Glass Victus.

The frame of the 12 Pro is also made of metal, and all of its buttons are on the right side. The SIM tray is at the bottom. What was missing from the Xiaomi 12 Pro was an IP68 rating, which is a must-have for a flagship phone. There are also speaker grilles on the top and bottom of the Xiaomi 12 Pro.

Smartphones also have speakers on the top and bottom. The Quad Stereo Speaker Setup on the Xiaomi 12 Pro is the first of its kind. Two dedicated bass reflexes and two dedicated tweeters finish off the setup. The sound is even better because it works with Dolby Atmos.

The Xiaomi 12 Pro has Hi-Res Wired and Wireless Audio certified sound tuned by Harmon Kardon. The quad speakers don’t make the loudest sound on a smartphone, but they make the sound more balanced.

The Xiaomi 12 Pro’s screen is one of the best in its class. DisplayMate has given it 15 awards. The screen is a 6.73-inch QHD+ (2K+ Resolution) E5 AMOLED panel with a peak brightness of 1500 nits, making it easy to see in direct sunlight.

The 10-bit color screen has a refresh rate of 120Hz and a touch sampling rate of 480Hz, which makes it great for gaming. The LTPO2 technology also allows a variable refresh rate from 1Hz to 120Hz. The screen also has AdaptiveSync Pro technology, which helps change the screen’s refresh rate to the exact rate needed for the current task.

The panel also works with HDR10+ and Dolby Vision, and up to 10 fingers can be used simultaneously. The screen also puts out sharp images with bright colors. It also has great angles of view. This is, without question, the best smartphone screen.

The Xiaomi 12 Pro has a Snapdragon 8 Gen 1 chipset and up to 12GB of LPDDR5 RAM for performance. Both versions of the phone have 256GB of UFS 3.1 storage. The Xiaomi 12 Pro also has a large cooling system that works pretty well to keep the phone cool even when it’s being used. Even with the big cooling solution, the phone will get hot if you play games for a long time.

Genshin Impact, Call of Duty: Mobile, Asphalt 9: Legends, Darkness Rises, and Raid: Shadow Legends all ran smoothly and without problems. We also saw that the phone did well on Geekbench, scoring 1301 points in the multi-core test and 3701 points in the multi-core test. The Xiaomi 12 Pro doesn’t seem to be lacking regarding performance. It did everything I asked of it and more.

The Xiaomi 12 Pro takes photos and videos with the help of three cameras. This setup has a 50 MP Sony IMX707 main sensor with OIS, a 50 MP ultrawide lens with a 112-degree field of view, and a 50 MP telephoto unit with 2x optical zoom. On the front of the 12 Pro is a 32 MP camera with an aperture of f/2.5.

So how well do these cameras work in the real world? The short answer is pretty damn good. But let’s flesh it out: It’s worth noting that the main camera sensor on the Xiaomi 12 Pro is bigger than that on the Galaxy S22 Ultra, making it one of the biggest. Images are beautiful because of the big sensor.

The main camera takes photos with colors that are true to life and have a bit of punch and vibrancy. Not all color tones look natural, but that’s not always bad because it can make photos stand out. Also, there are no signs of over-sharpening, and the dynamic range was always on the mark.

There is also a 50 MP mode to get more detail in a shot, but it wasn’t very different from the main camera. I also found that the main camera did a good job of taking pictures even when there was a lot of light. Night mode turns on automatically when it gets darker, and the results are very good.

The algorithm doesn’t brighten shadows very much, so the images are on the darker side. However, the colors tend to pop, and the images don’t look too saturated. The noise was also handled well in night mode, and shots kept a good level of detail.

The 4,600 mAh battery in the Xiaomi 12 Pro is big enough to last a full day, even if you play games for an hour. Unlike the Galaxy S22, the Xiaomi 12 Pro let me use it heavily for a day without any trouble. I noticed that the Snapdragon chip worked well when the phone was sitting there or when I was browsing the web or sending texts.

But gaming used up the battery much more, which we expected from the new Snapdragon 8 Gen 1 SoC. It’s important to know that the Xiaomi 12 Pro can be charged with 120W of wired power, 50W of wireless power, and 10W of reserve power.

The MIUI 13 skin is on top of Android 12 on the Xiaomi 12 Pro. The MIUI 13 skin has a lot of OS improvements and a lot of ways to change things. MIUI has bloatware, but you can get rid of a lot of it, though you’ll have to get used to Xiaomi’s apps.

Xiaomi has also added many great Android features, such as the updated Privacy Dashboard. But MIUI also has some features that are unique to it, like Atomized Memory, Smart Balance, and more. I will say that compared to older versions of the skin, the interface is a lot cleaner.

It’s important to note that some features from Google’s latest OS are missing, like Material You, but thanks to Xiaomi’s many customizations, not many of them are. Last but not least, Xiaomi offers three years of major OS updates and 4 years of security fixes, which is second only to Samsung in the Android world.