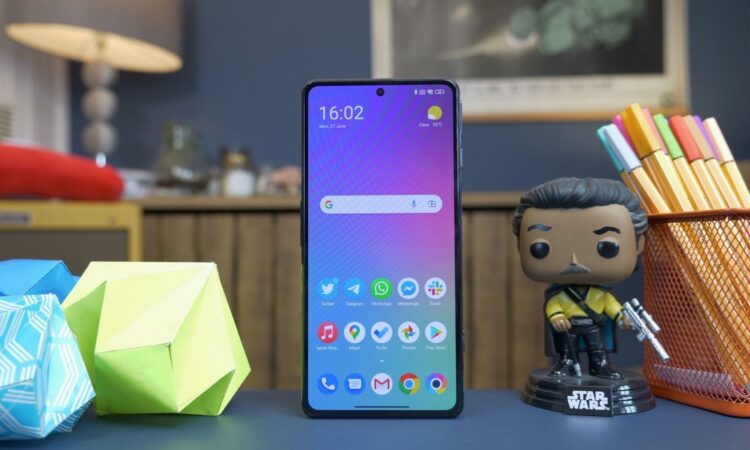 Xiaomi Poco F4, The Poco F4 series is here, and the standard F4 joins the gaming-focused F4 GT, which came out a few months ago. Even though the two phones are very different, here’s what each one has to offer, including rumors that an F4 Pro could be coming soon.

When will the Xiaomi Poco F4 be released?

Poco first showed off the F4 GT, and it went on sale worldwide on April 26, the same day as the first Poco Watch. Even though it’s not making its debut in India, you can buy the phone everywhere, including in the UK and Europe. The Mi Store is where you can get it.

How much does it cost to buy the Xiaomi Poco F4?

There are only two F4 phones so far. First, there are four different versions of the standard F4, and the specifications are a little different in India and Europe:

The Poco F4 GT is another option. It arrives in two versions, each with a little more RAM:

What are the specs of the Xiaomi Poco F4?

Let’s look at each phone in the Poco F4 line, starting with the new Poco F4 and moving on to the F4 GT, which is slightly older.

The F4, also called the F4 5G, wasn’t announced by Poco until June, two months after the more powerful F4 GT. Unlike the GT, the F4 doesn’t stand out as much. It doesn’t have the sharp edges and magnetic shoulder triggers that make the GT stand out as a gaming phone. On the other hand, this gadget looks a little plain, but it’s nice to know that it’s only 7.7mm thick.

The phone is run by the Snapdragon 870, one of Qualcomm’s oldest flagship processors. There hasn’t been an update because that is the same processor as the Poco F3 from a year ago. We talked to Kevin Qiu, the CEO of Poco Global. He said that Qualcomm’s failure to make a similar, cost-effective replacement for the 870 was the main reason for the decision.

In this configuration, the 870 comes with either 6 or 8GB of LPDDR5 RAM and either 128 or 256GB of UFS 3.1 storage. Even though it’s not the same, the display is similar to that of the F3. But Qiu says that they used a brighter screen this year, which should make it easier to see and speed up the response time. It is still an AMOLED screen that is 6.7 inches and 120 Hz.

The rest of the camera setup is similar, which includes an 8Mp ultrawide, a 2Mp macro, and a 20Mp front-facing selfie camera. The 4500mAh battery size is the same as last year’s phone and the average for the market, but the 67W wired fast charging is a big upgrade.

So far, the Poco F4 GT is the only official phone. The phone was expected to look like the Xiaomi Redmi K50 Gaming Edition, but this isn’t a problem since it was only available in China. This is also true of the phone’s design, which has been toned down but still has the gaming look of the first Redmi phone. Aside from the bright yellow one, which might be annoying, the black and silver ones are a little less loud.

The phone’s screen and back are both made of Gorilla Glass Victus. However, there is no formal IP rating for the material’s resistance to water and dust. The Snapdragon 8 Gen 1 processor in the phone gives it top-notch performance, and the two vapor chambers in LiquidCool Technology 3.0 keep the device cool.

With magnetic pop-up shoulder trigger buttons that can also be set up as shortcuts, the phone will be good for playing games. As was already said, you can get it with either 8GB RAM and 128GB storage or 12GB RAM and 256GB storage. Since the storage is UFS 3.1 and the RAM is LPDDR5, you get the best of both worlds.

The display is a 6.67-inch FHD+, 120Hz AMOLED with high-frequency 1920Hz PWM dimming and a normal brightness of 800 nits. The only downside is that Poco chose to put the fingerprint scanner on the side, even though this AMOLED screen could support an under-screen scanner.

Also important are the battery and charging. The big 4700mAh battery should last for a long time. It works with lightning-fast 120W wired fast charging, which Poco says can fully charge the phone in just 17 minutes. There isn’t. The main camera has a 64Mp Sony IMX686 sensor and an f/1.9 lens. This gets a 2MP f/2.4 macro lens and an 8MP f/2.2 ultrawide lens. In the hole in the middle of the front, there is a single 20Mp, f/2.4 selfie camera.

The F4 GT has Android 12 and Xiaomi’s MIUI 13 UI already set up. Poco isn’t sure how many Android updates it wants to promise right now. Still, Angus Ng of Poco says that the company is “trying to aim for a three plus four,” which means three years of Android updates and four years of security patches. At the least, it appears possible that Android 13 will get an update.