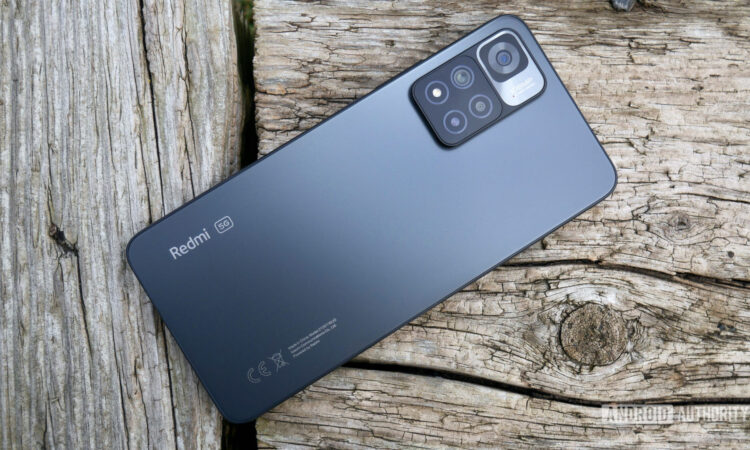 Xiaomi decided to start 2022 with a bang and a confusing number of new phones, especially under its Redmi brand. The company showed off not two, not even three, but four models, all of which started with the name “Redmi Note 11.” We’ve already looked at the Redmi Note 11S, which we found to be the “Goldilocks” of the bunch. It was fine but not very impressive.

Redmi is known for its entry-level and mid-range Android smartphones, which balance price and features well. As we said in our review, the Redmi Note 11S helped achieve this goal with its sleek design, good features, and incredibly low price, at least when compared to the most expensive phones on the market.

The Redmi Note 11 Pro 5G costs more, but it promises to have higher-end features. Is the phone a big step up from its cheaper sibling, or does it just add 5G connectivity? We took the model out for a spin recently to find out.

The Redmi Note 11 Pro 5G will stand out as one of the biggest phones on the market, though the new Galaxy S22 Ultra 5G might have taken the crown. Numbers don’t always mean much, except when they make a piece of glass and metal so big that you can’t use it with one hand.

The phone is big and heavy, so it’s good that Xiaomi includes a free clear case in every box. The Redmi Note 11 Pro 5G edges are flat, just like its siblings. It’s not flat, though. Where the Gorilla Glass 5 front and glass back meet the metal frame, they have a slight curve.

But the curve is so small that most people still think the phone has completely flat sides and looks like Apple’s iPhone. Still, the frosted glass back is good at keeping fingerprints off, and the big bump on the back makes it clear that this isn’t an iPhone.

The camera bump on this phone has a stepped shape that was popular among Chinese brands last year. The main camera at the top is slightly higher than the rest. Unfortunately, the way the camera is made makes it look like there are four more lenses there than there are. In reality, there are only two. The other “holes” are taken up by an LED flash and an “AI” mark that doesn’t belong there.

It has bright colors and blacks that stand out, and the colors don’t change as you move around. The screen also has a refresh rate of 120Hz, which is unusual for a phone in this price range. You can let the software determine each application’s refresh rate or lock it at 60Hz to conserve battery life. You can’t force it to use 120Hz all the time, and whether or not apps support that fast refresh rate will still matter.

Another shocking revelation for a mid-range phone is that it has stereo speakers, with the earpiece serving as both a speaker and a microphone. The output is loud enough to listen to comfortably in a small space, but the mids and highs tend to stand out. You do get a headphone jack, though, so you can still enjoy chest-thumping bass with better headphones. Even mid-range phones are starting to get rid of this old port, so it’s nice to see it still here.

Even though the phone has a bright screen and stereo sound, Xiaomi’s choice of processor makes it useless for gaming. The Snapdragon 695 5G isn’t a slacker, but you’ll want more regarding heavy-duty mobile apps and games. No matter how well the company markets itself, you will feel the heat after a while of heavy use.

There even seems to be some destabilization that makes some games crash out of the blue. The Snapdragon 695 5G wasn’t made to be a powerhouse, but it does most of what it’s supposed to do without much trouble. But synthetic benchmarks don’t tell the whole story, and the Redmi Note 11 Pro 5G has other features that make up for its performance flaws.

For example, it is the only one of its four siblings that can use 5G. It also has a slot for a microSD card, which is shared with a nano-SIM card. The 2022 Redmi flagship has a 20 mAh less powerful battery than last year’s Redmi Note 10 Pro. Even so, the 5,000 mAh battery is one of the biggest smartphones.

Even if you watch many videos, chat, browse a lot, and do other simple things, you’ll still have enough power before you need to charge. The 67W fast-charging technology works well with the big battery. It can charge the phone from empty to full in about 50 minutes, slightly longer than what Xiaomi says.

So far, the Redmi Note 11 Pro 5G has worked as expected on paper. However, things aren’t quite as good regarding the camera. Xiaomi used almost the same sensors as last year, and one camera that wasn’t used much was even worse. It’s worse than the Redmi Note 10 Pro when recording videos.

Redmi’s top-of-the-line 5G phone has the same 108MP sensor as last year, which takes standard 12MP photos by default. In this mode, pictures have a good range of colors and enough detail to be useful, as long as they are taken in bright light.

Xiaomi’s AI-powered software does a lot of work in the background, sometimes making the picture too sharp. The results aren’t as good with less light, and you can see noise in the pictures. You can also employ the full 108MP sensor, but the photos it makes are less sharp and have a different white balance than the standard 12MP.

Unsurprisingly, the 8MP ultra-wide-angle camera doesn’t do much better, but again, the results are good enough that you don’t have to worry about capturing memories that will turn out to be garbage. Both cameras don’t work well when there isn’t enough light or at night, but the Night Mode can help with the latter.

The 2MP macro camera, on either hand, is a big step down from last year’s model, which had a 5MP autofocus sensor. Xiaomi could have left this out, and not many people would have noticed. The worst thing about the Redmi Note 11 Pro 5G is that it can’t record video at a higher resolution than 1080p or at a faster framerate than 30 fps.

Even though the Snapdragon 695 5G can theoretically support up to 1080p60, this seems to be one of its limits. This makes videos that aren’t very interesting but at least aren’t terrible. Given that the Redmi Note 10 Pro could do 4K at 30fps, this seems like a terrible step backward.

Xiaomi placed MIUI 13 on the Redmi Note 11 Pro 5G, and even though it didn’t come out for a few months, it is still based on Android 11. Xiaomi is falling behind its peers and competitors in this area. It’s almost like the company is going back to its early days. In more than one way, MIUI 13 is almost the same.

There are a lot of themes, but there are also places where Xiaomi has moved away from Android standards again. The worst thing is that it completely copies iOS by separating notifications from Quick Toggles and controls. On the other hand, Xiaomi fans may like this kind of difference, which is likely why it keeps going in this direction.

MIUI 13 is fast and responsive, which may be in part because of that 120Hz refresh rate. It does have some nice characteristics, like an optimized Liquid Storage file system, the ability to add more RAM, and, of course, a gaming mode. The number of apps that come with the phone is not good (bloatware). You can uninstall them, which is good news.

Given how much it costs, the Redmi Note 11 Pro 5G is a very interesting idea. It is the most affordable 5G phone on the market, and it has some rare features like a brilliant 120Hz screen. It also has features that people like, like a microSD card slot and a 3.5mm headphone jack, and its battery life is something that more expensive phones can only dream of.