Homewhatsapp8 ways your WhatsApp messages can be hacked
whatsapp
hackedmessageswaysWhatsAppwhatsapp 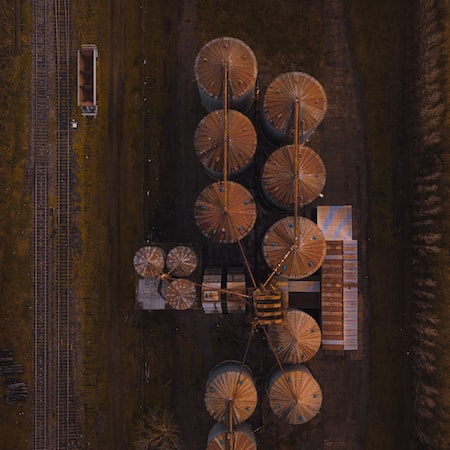 WhatsApp is a popular and easy-to-use messaging program. It has some security features, such as the use of end-to-end encryption to keep messages private. However, attacks targeting WhatsApp could compromise the privacy of your messages and contacts. Here are eight ways your WhatsApp messages can be hacked.

In October 2019, security researcher Awakened revealed a vulnerability in WhatsApp that allowed hackers to take control of the application using a GIF image. The trick works by taking advantage of the way WhatsApp processes images when the user opens Gallery view to send a media file.

When this happens, the application parses the GIF to show a preview of the file. GIF files are special because they have multiple encoded frames. This means that the code can be hidden inside the image.

If a hacker sent a malicious GIF to a user, could compromise the entire chat history of the user. Hackers could see who the user had been messaging and what they had been saying. They could also see the files, photos and videos of users sent through WhatsApp.

The vulnerability affected WhatsApp versions up to 2.19.230 on Android 8.1 and 9. Fortunately, Awakened responsibly disclosed the vulnerability and WhatsApp owner Facebook fixed the issue. To stay safe from this problem, you must update WhatsApp to version 2.19.244 or higher.

Another way that your WhatsApp messages can be hacked was discovered in early 2019 was the Pegasus voice call hacking.

This terrifying attack allowed hackers to access a mobile simply by making a WhatsApp voice call to their target. Even if the target did not respond to the call, the attack could still be effective. And the target may not even know that malware has been installed on their phone.

This attack installed an older and well-known spyware called Pegasus. This allowed hackers collect data on phone calls, messages, photos and videos. It even allowed them to activate the cameras and microphones of the mobiles to make recordings.

This vulnerability was applied to Android, iOS, Windows 10 Mobile, and Tizen smartphones. It was used by the Israeli company NSO Group, which has been accused of spying on Amnesty International staff and other human rights activists. After the news of the hack broke, WhatsApp was updated to protect it from this attack.

Another way WhatsApp messages can be hacked it is through social engineering attacks. These exploit human psychology to steal information or spread misinformation.

A security company called Check Point Research revealed one of those attacks that they called FakesApp. This allowed people to misuse the dating feature in group chat and alter the text of someone else’s reply. Essentially, hackers could plant false statements that appear to come from other legitimate users.

Researchers could do this by decrypting WhatsApp communications. This allowed them to see the data sent between the mobile version and the web version of WhatsApp.

And from here, could change the values ​​in group chats. They could then impersonate other people, sending messages that appeared to be theirs. They could also change the text of the answers.

This could be used in disturbing ways to spread scams or fake news. Despite the vulnerability being revealed in 2018, it had not yet been corrected when researchers spoke at the Black Hat conference in Las Vegas in 2019, according to ZNet.

Media File Jacking affects both WhatsApp and Telegram. This attack takes advantage of the way applications receive multimedia files such as photos or videos and write them to the external storage of a device.

The attack begins by installing hidden malware inside a seemingly harmless application. This can then monitor the incoming files for Telegram or WhatsApp. When you check in a new file, malware can swap the real file for a fake one. Symantec, the company that discovered the problem, suggests that it could be used to scam people or spread fake news.

There is a quick fix for this problem. In WhatsApp, you should look at Setting and go to Chat settings. Then find the Save option in the gallery and make sure it’s turned off. This will protect you from this vulnerability. However, a true solution to the problem will require application developers to completely change the way applications handle media files in the future.

When you and the people you message use the latest version of WhatsApp, your messages are encrypted by default, which means that they are the only people who can read them. Even if we coordinate more with Facebook in the coming months, your encrypted messages remain private and no one else can read them. Not WhatsApp, not Facebook, not anyone else.

However, according to developer Gregorio Zanon, this is not strictly true. Just because WhatsApp uses end-to-end encryption does not mean that all messages are private. On an operating system such as iOS 8 and above, applications can access files in a “shared container.”

To be clear, there is no evidence that Facebook used shared containers to view private WhatsApp messages. But the potential is there for them to do so. Even with end-to-end encryption, your messages may not be private to Facebook’s all-seeing eye.

You’d be surprised how many paid legal apps have appeared on the market that exist solely for hacking secure systems.

This could be done by large corporations working hand in hand with oppressive regimes to attack activists and journalists; or by cybercriminals, with the intention of obtaining your personal information.

Apps like Spyzie and mSPY can easily hack into your WhatsApp account to steal your private data.

All you need to do is purchase the app, install it, and activate it on the target phone. Finally, you can sit back and connect to your app’s dashboard from the web browser, and spy on private WhatsApp data like messages, contacts, status, etc.. But we obviously advise against anyone doing this!

Using clones of fake websites to install malware It is an old hacking strategy that is still implemented by many hackers around the world. These cloning sites are known as malicious websites, and on them your WhatsApp messages can be hacked.

The hacking tactic has now also been adopted to break into Android systems. To hack your WhatsApp account, an attacker will first try to install a WhatsApp clone, which could look surprisingly similar to the original application.

Take the case of the scam WhatsApp Pink, for instance. A clone of the original WhatsApp, it aims to change WhatsApp’s standard green background to pink. Is that how it works.

An unsuspecting user receives a link to download the WhatsApp Pink application to change the background color of their application. And while it really does change the background color of your app to pink, as soon as you install the app, it will start collecting data not just from your WhatsApp but from everything else stored on your phone as well.

WhatsApp Web is an excellent tool for someone who spends most of the day on a computer. It provides the ease of access to such WhatsApp users as they will not have to pick up their phone over and over again to send messages. The large screen and keyboard also provide a better overall user experience.

However, here is the caveat. As useful as the web version is, it can easily be used to hack your WhatsApp chats. This danger arises when you use WhatsApp Web on someone else’s computer.

Therefore, if the computer owner has selected the Keep me signed in during login box, your WhatsApp account will remain registered even after closing the browser.

The computer owner can access your information without much difficulty.

You can avoid this by making sure to log out of WhatsApp Web before leaving. But as they say, prevention is better than cure. The best approach is to completely avoid using anything other than your personal computer for the web version of WhatsApp.

To learn more about whether WhatsApp is safe, you should update your knowledge of WhatsApp security threats.

These are just a few examples of how your WhatsApp messages can be hacked. While some of these issues have been fixed since their disclosure, others have not, so it is important to stay alert.

Tags :hackedmessageswaysWhatsApp
share on Facebookshare on Twittershare on Pinterestshare on LinkedIn share on Tumblrshare on Redditshare on VKontakteshare on Email
Ksiba1October 5, 2021