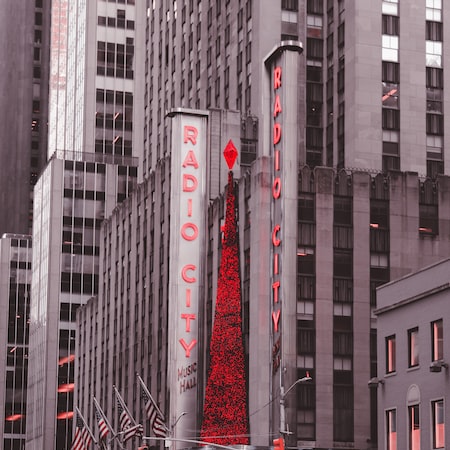 Beats 1 it hopes to offer the best in curation, but without the headaches we have with regular radio, like commercials. And aside from reminding us from time to time that we’re listening to Apple Music, Beats 1 partially delivers on that promise.

Zane Lowe it might have gotten off to an interesting start in Beats 1, but that was forgotten after an hour. As soon as the music started playing, Beats1 showed its muscles.

The goal of Beats 1 is to be a global, never-ending radio station where music is selected and placed by real DJs from around the world. Currently London, New York and Los Angeles are the headquarters, but Apple wants to take Beats1 to more places.

The transition from Zane in Los Angeles to Emmy in New York was remarkable, and that’s probably the point. Emmy is not Zane, nor does she try to be. Each DJ has his own style, possibly influenced by the region in which he lives.

After listening to Beats 1 for a couple of days, I must admit that DJs have good taste, and the fact that there are no commercials is good. There is nothing that can distract you. It is music classified by professional DJs, not by lacking computer algorithms.

Another thing I like about Beats 1 is that it doesn’t repeat the same hits over and over again like terrestrial radio. In three hours, I listened to about four songs that sounded familiar to me. And that means Beats 1 sounds like a ton of new artists, which is great.

If you listen to something you like, the app has the song information at the bottom of the screen. This allows you to add it to your music library or buy it from iTunes. And if you start a station the algorithm will play tracks that sound similar.

The downsides are few. Songs are still censored (I get it but I don’t like it) and DJs still have to get used to this new technology, as from time to time we hear things (conversations and phrases) that we are not supposed to hear. It’s a matter of closing the microphones and remembering that there are no advertisements.

Beats 1 is the perfect example of what radio should be. Human judgment shows that algorithms alone aren’t enough, and the constant stream of tracks (with quick commentary from DJs) proves ad-free radio can be done. Although it is a privilege that is not available to everyone.

Finally, Apple has to hurry to bring Beats 1 to Android users, keeping the service as an exclusive option for its users is simply like trying to run a marathon with a shackle attached to your foot.

Meanwhile, users without iOS devices can enjoy Beats 1 from iTunes on Mac and Windows.

Tags :beatsimpressionslevelradiotakes
share on Facebookshare on Twittershare on Pinterestshare on LinkedIn share on Tumblrshare on Redditshare on VKontakteshare on Email
Ksiba1September 12, 2021