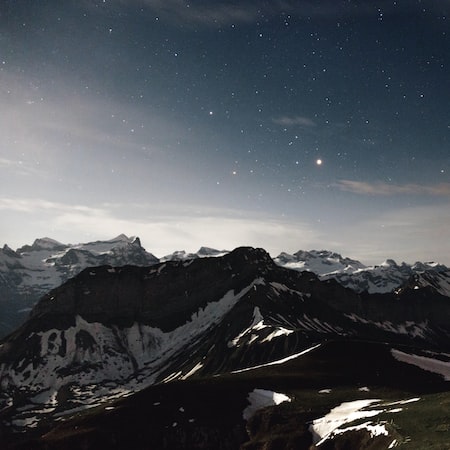 Google will add five games to Stadia Pro for August 2021 in a slight increase over the previous months. The first four titles have already been released, while GRIME will debut with the subscription next month.

On Sunday, August 1, Stadia Pro games will hit the membership of $ 9.99 per month, starting with GRIME. This stadia Maker standalone title was first introduced in April as an action-adventure RPG in which your weapons come to life and mutate to aid in battles.

What awaits you is an unknown world, alien in its own familiarity, and you must survive the terrors you face. Explore your surreal environment, absorb the many enemies you encounter, and use your own traits against them while allowing yourself to become so much more than you ever were. GRIME allows you to play according to your preferences, enhancing only those traits that you think best suit your unique style. You will discover that there is more than one way to open an enemy as you move through a variety of evocative environments, meet their inhabitants and discover the origin of their madness.

Killer Queen Black, inspired by the hit arcade game Killer Queen, lets you fight for your hive with three ways to win. Will you claim your victory by jumping on the snail, accumulating berries or eliminating the enemy’s queen? Play Killer Queen Black casually in quick matches, increase the intensity in ranked matches, or invite your friends to a private room. Easy to play, difficult to master, fun for everyone! An epic platform strategy game for up to eight players online or locally.

In this acclaimed standalone action-strategy RPG, it’s European War II (EWII) and Commander Claude Wallace and members of Squad E will take a lead role in Operation Northern Cross. Chilling blizzards, waves of Imperial soldiers, and the divine powers of Valkyria stand in your way. As a commander, you will test your will against the bonds of your allies and the sacrifices that must be made by all parties in the war. Enjoy the power of directing your squad and the gaming experience as you move seamlessly between sessions and screens. The full edition offers the full game plus all additional content, providing additional missions and unlockable rewards. Includes: Squad E to the Beach, Squad without a Captain, Expert Skirmishes, The Two Valkyria, Advanced Operations, A United Front with Squad 7.

A ruthless alien species that feeds on human brains (duh) has invaded Earth. Who can stand up to them? You obviously! Save the world, or at least yourself. Send the aliens into oblivion in It Came From Space and Ate Our Brains, a unique top-down arcade shooter.

Addictive gameplay elements, co-op mode, and a way to turn aliens into goo? It’s all here! Explore atmospheric locations with a flashlight and a weapon powerful enough to send those unwanted intergalactic guests back into space. Survive hordes of enemies trying to corner you and get inside your skull … at least until you set a new high score and die a badass!

Epistory is an atmospheric adventure typing game that tells the story of an uninspired writer who asks her muse to help her write her latest book. In Epistory you play the muse, a fictional character in a world where everything is incalculable. Your adventure begins on a blank page, but the world will soon grow bigger and livelier as you gather inspiration, solve its mysteries, and defeat its enemies. As you progress and explore the world of fantasy origami, the story literally unfolds in the writer’s mind and the mysteries of the magical power of words are revealed.

This month there is only one claimable game, for potential subscribers, Stadia Pro on July 31: Hotline Miami 2: Wrong Number.

Tags :addsAugustgamesGoogleProStadia
share on Facebookshare on Twittershare on Pinterestshare on LinkedIn share on Tumblrshare on Redditshare on VKontakteshare on Email
Ksiba1October 5, 2021

A heavily downloaded app could pose a privacy issue

How to clear history on Samsung Galaxy Tab 4

How to clear history on Samsung Galaxy Note 10.1

How to clear history on Samsung Galaxy Tab A6

How to clear history on Samsung Galaxy Tab A

Remove the beep from the Xiaomi Mi Mix 2S key

Remove the beep of the keys of the Wiko View 2

Eliminate the beep of the Wiko View 2 Pro key

Remove the beep of the keys of the Xiaomi Mi7

Remove the beep of the keys of the Moto G6

Remove the beep of the keys of the OnePlus 6

Remove the beep of the keys of the Honor View 10