GTA 6 in the eye of leaks – Vice City, teasers and fan frustration 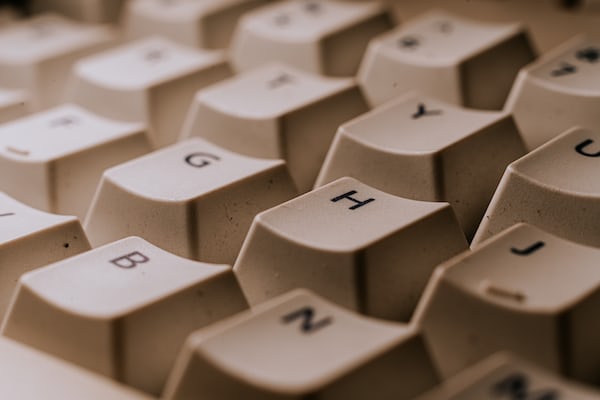 GTA 6 in the eye of leaks – Vice City, teasers and fan frustration

The most important information:

When browsing online discussions of Rockstar fans, it’s hard to resist the impression that Grand Theft Auto VI is growing into the new Half-Life 3. As with the would-be culmination of Gordon Freeman’s story, here too, fans grasp each, even the most dubious, rumor indicating for the announcement of the sixth GTA. Of course, most of them are not so much “questionable” as “stretch”, “undoubtedly false” or just “funny”. Nevertheless, from time to time, there is information that may give food for thought. What is more interesting was collected by the CoryLVV user, who presented them briefly in a very clear form in the entry in Reddit. We wrote about some of them on our website, but if you are interested (or want to refresh your memory), we invite you to read the text below.

One of the most important conditions for a leak to be considered “credible” is to confirm the identity of the person posting it. Therefore, a lot of stir is caused by various references in documents, CVs or even on the official profiles of actors, programmers, etc. on social networks. This was the case with the post by Tim Neff, a stuntman with Grand Theft Auto V to his credit. Three years ago, several pages of his biography were supplemented with the information that the actor also helped with the production Grand Theft Auto VI.

The sixth GTA is slowly becoming one of the biggest myths of the gaming industry.

Neff did not fail to quickly deny this information in an interview with PCGamesN, because (as he claimed) he had no contact with the game’s developers since GTA V. However – as Internet users pointed out – somehow he remembered a visit to the Rockstar San Diego headquarters from the same year. Much later, the actor was involved in another motion capture session and many quickly realized that it was not about shooting for the film.

It is significant that the entries for both of these events quickly disappeared from Instagram. Same concerned mention in the biography of one of Rockstar’s former employees that he was developing vehicles for the sixth GTA. It was no different with the “Mexican from GTA 6”, whose lines were to be recorded by Jorge Consejo in 2018.

Rockstar in search of a location

A slightly different and more difficult to confirm report appeared at the end of 2019. Then to the web hit photo of the alleged letter (written by an unnamed Leah) discussing the Rockstar Games team’s viewing of the addressee’s property for the new game. The material appeared out of nowhere, which made one doubt its authenticity. At least until a GTA Forum user named Len Lfc did not associate it with some material posted on YouTube a few months earlier.

During the May 2019 podcast, Leah Sokolovsky (president of the non-profit organization Film Florida) mentioned a “big customer” in the form of a “digital media company”. As part of this assignment, she guided her principal’s representatives to many locations in Florida and other southeastern states. Sokolovsky could not give the name of the company, but it’s hard not to relate it to the letter. It still cannot be considered confirmed information, but it is still one of the most credible leaks about the new Rockstar project.

Unfortunately, we have such direct and relatively credible references to GTA 6 as a cure. Much more often there are reports that can be considered enigmatic clues at best and a symptom of fan desperation at worst. A crowning example here is the case of coordinates from the teaser of the great Grand Theft Auto Online update. After entering these coordinates in Google we see a road that – according to some – resembled the Roman “VI”.

Another example of a questionable teaser was an advertisement for the 54th Super Bowl. As part of the broadcast of this year’s American football championship, BBC and Fox Sports used an interface that was all too clearly modeled on that of Grand Theft Auto: Vice City. A comparison with Reddit published by the user IsThatOrangeGuy leaves little doubt as to the inspiration.

Interestingly, at the same time Rockstar posted (and promptly deleted) a photo of basketball player LeBron James with a copy of GTA: Vice City. Players quickly showed up trying to tie it to Super Bowl 54, but most surfers found these guesses fanciful. The same was true of the video opening the competition. Some people indicated that this could be a reference to the organization of this year’s championship in Miami (more specifically: at the Hard Rock Stadium in Miami Gardens), not related to the plans of Rockstar Games. Of course, for those who are absolutely convinced of returning to Vice City in GTA 6, perhaps (as fans want) along with at least two other cities, this is just another “proof” of setting the action of the game in an alternative version of Miami. Not that there were no other premises to suggest it.

What in GTA 5 (and not only) squeaks

Searching for teasers of the upcoming GTA VI announcement in resumes, posts, etc. – although understandable – it can distract from the premises found in already released Rockstar productions. Even recently, fans have started talking about Red Dead Redemption 2 files. In these because found mention of a weapon, which does not fit in the atmosphere of the western, and the writing of these lines of code also seems to exclude that it is about new content for GTA V.

It is fun because these fragments were present in the game code from the very beginning, but the players somehow missed it. The same who they recognized for teaser numbers “2013” and “2021” on the neighboring door at Los Santos International Airport in GTA Onine. Of course, it may turn out to be a real clue, but it seems questionable in the context of more recent reports about the game and the disruption caused by the coronavirus.

Of course, the clues were also sought in the latest update of the Grand Theft Auto 5 online module. The fact that the player robbed El Rubio is clearly inspired by Carlos Lehder (co-founder of the famous Medellín Cartel and Pablo Escobar’s right-hand man) part of the fans considered a confirmation of a return to the past in GTA VI, ie until the 1980s. This would be in line with previous theories, according to which the sixth Grand Theft Auto will offer us an atmosphere straight from the Narcos series. However, these are only speculations, and although they may turn out to be true, at the moment it is better not to consider them as anything more.

Leaks and speculation about GTA 6

Treating airport updates, coordinates, and doors as teasers for the new GTA may be considered a stretch, but at least all of it really exists in the game (or on material related to it). The same applies to the GTAVI.com domain change, which as of March no longer links to the official Rockstar website as before. Which – unfortunately and contrary to the hopes of many – did not translate into an imminent announcement of the game.

But what would speculation about a new production or content be without a large dose of “leaks” whose sources and credibility cannot be confirmed? There were definitely many of these, but most of them did not make a splash. One of the exceptions was the question the alleged map GTA 6, and in this case it took a long time for it to attract more attention. It took a huge entry by an internet user who carefully analyzed the graphics from the leak to attract attention. Even then, constructive criticism quickly emerged, though somewhat shaken by the discoveries of other users.

Unfortunately, the truth is that after collecting even partially reliable reports about Grand Theft Auto VI, we know as much as nothing about the game. What’s worse, it’s still an infinitely more information than Rockstar Games has provided. The studio did not treat us with any details about the six, limiting itself to the (by the way rare) denying rumors. This, of course, frustrates fans who have been waiting more than 7 years for the new GTA installment. Will they have to wait a decade before – if the leaks are to be believed – they will return to Vice City? Only the creators know that.