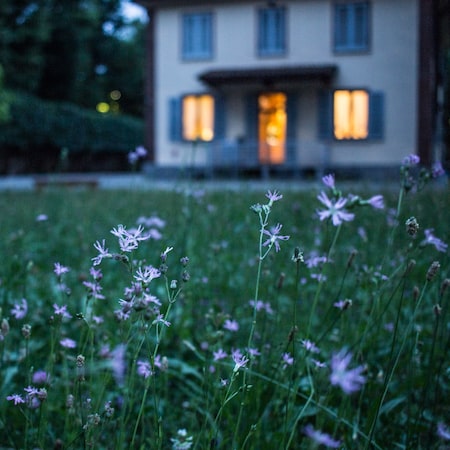 Whether or not you have an iPod, an iPhone, or whatever, you can use iTunes to manage music, listen to Internet radio and podcasts, buy music, videos, and movies, or just want to make iTunes a more versatile tool. We will show you how to do it below.

There was a time in the distant past, when iTunes was an excellent music manager for music devices made by Creative and others, when DRM in music and video was just a dream of some lawyers. Now, after the explosion of iPhones and iPods and the proliferation of legal download media, iTunes has become a necessary choice for organizing music and video. But even though the player has improved since 2001, it still has some annoying limitations, which keep it from the liking of hobbyists and casual users. Luckily for us (and Apple, despite the lack of cooperation), a few hacks, mods, and add-ons can help fill in the gaps for both Mac OS and Windows. These are some of the best:

You can sync iTunes with whatever you want

Nowadays iTunes only syncs directly with Apple products, But what if you don’t have an iPod, and instead have any other type of media player (Creative Zen X, Archos, Sony Walkman and even a Zune)? And as for your phone, What if you have a Blackberry, Samsung or Nokia instead of an iPhone and you want to sync them with iTunes? Well, no one probably told you, but you can sync iTunes with anything you want and we have been in charge of looking for some applications to synchronize the iTunes library with other devices and in the simplest way possible:

• iTunes Sync (Windows): This little app will sync your library with just about anything Windows recognizes as removable disk.. The program has a super list of supported devices, and also includes a large number of BlackBerrys and the newest Symbian phones. In short, anything the PC assigns a drive letter to should work fine.
• iTunes Agent: It is almost the same as iTunes Sync. In case for some strange reason the first one doesn’t work for you, you may have better luck with this one.
• BlackBerry Media Sync (Mac / Windows): Exactly what it sounds like, although Mac users will have to use a beta version.
• Pocket Tunes Sync (Windows): If you can’t connect your WinMo or Palm phone to your PC as a mass storage device this definitely will. However, it is a paid application, so I recommend using one of the above first.

iTunes doesn’t offer many control options. Apart from the main window, you can manage iTunes from its compact mode, or in Windows, you can pin the buttons to your Start bar. And that’s it. Unless you install one of these:
• You Control: Tunes (Mac): Put very complete controls on your menu bar. It also recognizes keyboard shortcuts and can display small notifications.
• iTunes Remote Control (Mac): A simple application that control iTunes over the network. Ideal if you use iTunes as a media server.
• FoxyTunes (Mac / Windows / Linux): A Firefox extension that places buttons in the browser window, where the mouse probably spends most of the time anyway.
• Remote control to iPhone / iPod Touch / Android: Your iPod, iPhone or G1 is now a great remote control for iTunes. Congratulations.

ITunes’ sharing abilities have eroded since the day they were first introduced, so much so that they are now virtually non-existent. Luckily, there are options:
• Simplify Media (Mac / Windows / Linux): It’s hard to overstate the usefulness of this tool. Simplify Media share your library in such a way that you can access your music remotely, through iTunes or its fantastic client for iPhones. You can also access your friends’ libraries directly through iTunes, as if you were connected to their LAN. The download option is not enabled, but it does more than that with its Streaming option.
• Mojo (Mac / Windows): It is something like a cousin of Simplify Media, with the difference that allows downloading as well as listen to the music of other users. My experience with the app has been mixed, but when it works, it works fine.
• LogMeIn Hamachi (Windows, Mac / Linux): On Linux and Mac there are options available for advanced users, it is not the most obvious way to share iTunes libraries, but it is a surprisingly elegant option. Hamachi is a zero-configuration VPN service that you can connect to another computer over the Internet as if it were on your home network. This means file sharing, LAN games, and of course iTunes streaming, all working smoothly.

You can get even more out of iTunes with a few AppleScripts, and there might be something for Windows too.
• Doug, from DougScripts.com, is the prominent master of the art of AppleScript, he has compiled over 400 scripts to manage your music and album art, to download lyrics and artist information, or to control almost anything else in iTunes. And don’t be intimidated by the word “script”, as Doug has packed his scripts into an installer, so you just have to run it. It is also a good option to explore the site on your own.
• AppleScript means nothing to Windows users. For you, the best option is Teridon from iTunes Scripts. These are Perl scripts or small files .exe (recommended), which mimics some of Doug’s best and many other options.

There are a lot of useful hackings and add-ons that don’t fit into the categories above. However I will describe some of my favorites:
• iTunes Folder Watch (Windows): Monitor your music folders, and automatically add new files to iTunes.
• Last.fm / Audioscrobbler (Mac / Windows / Linux): Integrates iTunes, a fantastic Last.fm social network, with a plugin to upload your listening statistics.
• Dupin (Mac): A simple application to erase duplicate libraries.
• CD Art Display (Windows): Presents the cover of the album to which the song you are listening belongs and also offers several skins for your iTunes.

If you are feeling adventurous, try DoubleTwist not ready to replace iTunes, but it is “very promising”.

Now yes, iTunes works for you.

Tags :HOME 4iTunestool
share on Facebookshare on Twittershare on Pinterestshare on LinkedIn share on Tumblrshare on Redditshare on VKontakteshare on Email
Ksiba1August 11, 2021