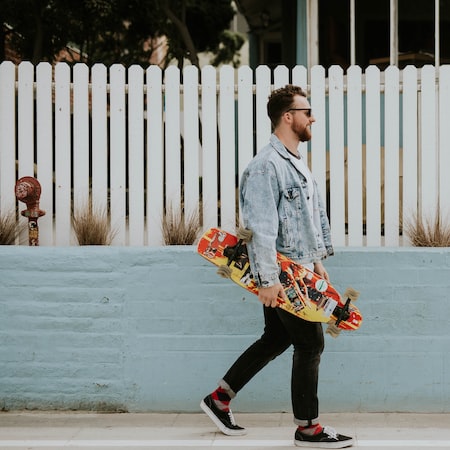 Jet Set Radio, one of the classic Sega games comes to mobile devices with the same action and the same adventure as always. With its innovative “cel shading” graphics technique, which gives a “cartoon” look, as if you were playing inside a chapter of your favorite animated series.

You will have to fight for control of the city of Tokyo (Japan), make graffiti to mark your territory, sign the walls, perform all kinds of maneuvers with your skateboard, and challenge the rival gang; But don’t forget that the police are always on the lookout.

A one-of-a-kind game that allows you not only to have a thrilling adventure on skates, but also to let out the urban artist in you.

Jet Set Radio It is priced at € 1.82, and is compatible with all kinds of mobile devices Android 2.2 and later versions.

Tags :GraffitiJetradiosetSkateSpeed
share on Facebookshare on Twittershare on Pinterestshare on LinkedIn share on Tumblrshare on Redditshare on VKontakteshare on Email
Ksiba1September 30, 2021