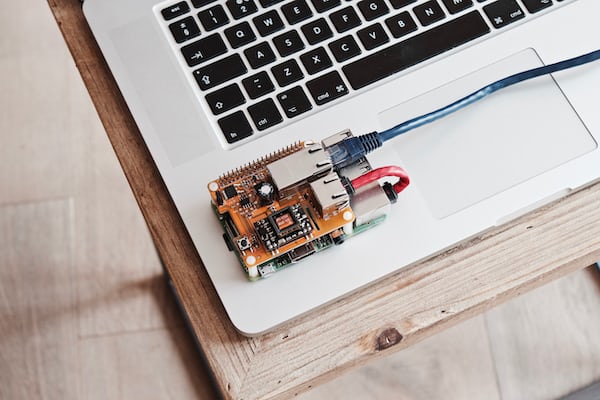 But you remember it Google+? The invitations, the circles, the +1 buttons, the explanations on why it was a better social network than Facebook?

It was 2011 when it was launched and in a short time became the heart of Google: everything had to go through G +, everything had to have a +1 button, all Google services not only had to be perfectly integrated into the social network, but had to become an active Google+ promotion tool.

It lasted a handful of years and, despite all Google’s huge efforts, it never really caught on. It was closed in 2019, when it was now a place forgotten by all. Facebook, on the other hand, is still there. Thumbs up.

But this is not another article on the Google Graveyard, that is on the endless list of services launched and then killed by Google (splendidly collected, moreover, on KilledByGoogle.com). No, here we are talking about services that are still alive and very active, but which always hang from one side to the other, like weather vanes in the wind.

In 2016 YouTube unveiled a new feature called Community: channels with more than 1,000 subscribers (later reduced to 500) can activate their communities and publish posts with photos and text to communicate with their users, who can comment.

A function halfway between a Telegram channel and a Facebook group, potentially very interesting, but left a little to itself. Seven years after launch, the communities are almost unreachable from desktop.

To get to a community post you will necessarily have to open a channel to which you are subscribed and then click on the Community tab. A series of steps that make it really unlikely that a user will end up reading a post from a computer.

It could be reiterated that the Communities were not designed for desktop use, but for mobile use: in the YouTube app, the posts are actually integrated into the home, alternating with videos.

Well, but I still have some questions: why clicking on the images, these change format? Why don’t they open the post in full screen, perhaps showing all the text, of which basically only two lines are readable? Who needs the interaction that shows the image in a different format?

And because there is no section on mobile dedicated only to communitiesso that I can read all the latest updates of the channels that interest me in one go?

But let’s skip over the Communities, which are after all a secondary function for YouTube: let’s talk about YouTube Shorts.

Shorts, i.e. short-length vertical videos, are without ifs and buts a copy of the TikTok template (and the Reels of Instagram, to want to be good).

They popped up a bit of a surprise towards the end of 2020, initially as an experimental feature for the Indian market. Since then the availability of has expanded a lot and YouTube went to great lengths to push its Shorts: it has literally invested millions in it and, if you have a channel, you will surely have noticed that, on average, Shorts are better than “normal” videos.

On the other hand, it’s understandable: Shorts last less and YouTube has them dedicated an entire button (even!) in the mobile app, which launches an interface that is in fact a shameless copy of TikTok. Keys to like or comment on the right side, description at the bottom and swipe up to change video: the user experience is practically identical.

But don’t get me wrong, this is good! Copying from market leaders is always good, it serves not to confuse the user.

The problem is whether to pursue the latest fashions of the moment, you forget what made you great. And if the Shorts have been well implemented from mobile, desktops are still a mess.

Those who want to dedicate themselves only to shorts even from the desktop have (fortunately) a dedicated button, which launches an interface similar to the mobile one (buttons on the right, scroll to change video).

But let’s forget theobvious problem of using a video format designed for smartphones even on desktop, I will not be here to comment on the large amount of unused space in the interface which – inevitably – is inadequate.

What I would like to focus on, however, is the management of Shorts for channels which simply does not exist. And if looking at our channel you are confused and wondered why we didn’t separate the horizontal videos from the vertical shorts, it’s very simple: it is not possible to do it.

How is it possible that a giant like Google has not yet found a solution to make this ****** more usable even on a desktop? Why isn’t there a toggle or filter yet to decide what to show?

And fortunately, at least for some time now that logo at the bottom right which identifies the Shorts, otherwise – until recently – the only way to distinguish the Shorts from the other videos was the hashtag #shorts. That seems to go necessarily used to correctly catalog the Shorts, because adding a special item in the upload menu would have been too much to ask.

And then let me remove one last pebble from the shoe: the shorts covers. All the ones you see in the image from above, vertical and badly cropped, are those independently selected by YouTubewho evidently thought well that a vertical frame framed in a horizontal rectangle was the best user experience possible.

And you may ask yourself: but then why don’t you at least choose the covers yourself? The truth is we do, but we use images horizontallyas YouTube itself shows on the Homepage the correct cover, horizontal (and without the Shorts logo)but in the channel view it shows a random frame, vertically (with Shorts logo).

At this point it is likely that you have guessed where I am going: Google has to decide what it wants when it grows up with social networks.

He can’t just chase the latest trends, trying to implement ideas already seen with carelessness: because the Shorts may work as well (and I hope so), but the current implementation is a nightmare.

It lacks coherence and, perhaps even more serious, it seems lack of planning: well, where are we going? Are the Shorts here to stay or are they yet another project that will end up in the Google Graveyard?