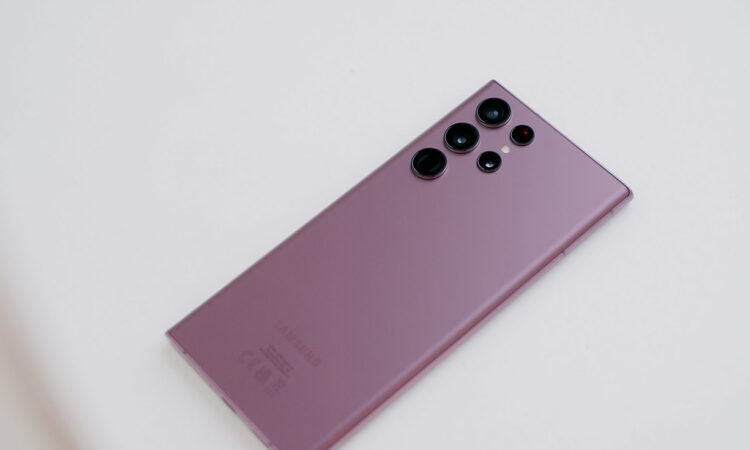 On February 9, 2022, Samsung showed off the S22, the S22+, and the S22 Ultra. The Samsung Galaxy S line of phones now has a built-in S Pen, more advanced Nightography, a longer battery life, a 1 TB option, and new ways to take pictures.

When did Samsung release the Galaxy S22?

During the Samsung Unpacked event in February 2022, the S22 Ultra, S22+, and S22 were all announced. On the same day, pre-orders started. Here’s the link for the S22 Ultra. You can also order the S22 or S22+ at Samsung.com. Since the Samsung Galaxy S21 came out in January 2021, everyone knew they would have to wait a full year for the Galaxy S22.

Features of the Samsung Galaxy S22

The S22’s most important new feature now works with the S Pen (only the Ultra model). This isn’t unusual for a Samsung phone since the Galaxy Note line is known for being stylus-friendly. This is exciting because the phone has a slot for the S Pen.

The Galaxy S22 Ultra has the same 6.8-inch curved AMOLED screen as the S21 Ultra. It also has the same 120Hz refresh rate. The picture at the top of this page shows just how small the bezels are. The other models, the S22 and S22+, have screens that are 6.1 inches (S22) and 6.6 inches (S22+) and have the same AMOLED display with adaptive refresh rates.

The S22 Ultra, on the other hand, can go as low as 1Hz, while the other two phones go from 10Hz to 120Hz. The S22 Ultra has a 40MP front-facing camera and a quad-camera setup. All of the cameras have optical image stabilization:

Both the S22 and the S22+ have a 10MP front-facing camera and the same camera setup:

The Samsung Galaxy S22 and S22+ come in four colors: Phantom Black, Phantom White, Green, and Pink Gold. The S22 Ultra comes in four different colors: the same as the previous phones, plus a new Burgundy option that replaces Pink Gold. The Galaxy S22 line is the first phone to have both the front and back of the new Corning Gorilla Glass Victus+.

Another leak about the Galaxy S22 series has come out. Most likely, the camera system on the Ultra version will be the most advanced one to date. Many improvements have already been discussed, but we can expect to learn more before the official Galaxy Unpacked event in February. As usual, there will be three versions: the Galaxy S22, the Galaxy S22+, and the Galaxy S22 Ultra. This one is also known as the Galaxy S22 Note.

We’ve discussed how the Ultra model might have a macro function in the past few weeks. Photos of the phone in real life started to show up. It is also said that the phone will come in a new color. The phone could also have a 5000mAh battery that can be charged quickly with 45W. Early renders showed a camera that looked like a waterdrop, similar to what we already knew from leaks. We were also interested in the camera module in the shape of a P.

Details about the camera have been shared, but we know they will likely change before the product goes on sale. People also say that the frame is different. Prolific Ice Universe said that the Galaxy S22 Ultra would continue to include a 108MP sensor. The results will be better, but the Galaxy S23 has 200MP already.

A new set of leaked images have also shown up on Twitter. We can still see that the cameras are in the P position. It could have a 108MP main camera, a 12MP ultrawide camera, a 10MP telephoto camera with 3x zoom, and a 10MP camera with 10x optical zoom. The camera for taking selfies will have 40 megapixels, which is a lot.

The phone will have AI improvements, more details, better colors, a Portrait Video mode, and a brighter screen. Wide Shift OIS is also something to look forward to. The result is that video stabilization will be 58% better. The phone is said to have 12-bit, Super ISO Pro, and Super HDR colors for taking videos.

The Galaxy S22 is coming, and there will be three different versions: the S22, the S22+, and the S22 Ultra. When Samsung gave us hints in January, we all had a pretty good idea that it would show off its Galaxy S22 line of smartphones. So it doesn’t arrive as a shock that Samsung appears to have done just that and showed off the new Galaxy S22 at the Unpacked event in February.

Though details like a focus (no pun intended) on better camera and video quality and a choice of three models with 12MP back cameras, 40MP front cameras, and so on were a little less clear. Starting with the Galaxy S22 and S22+, we’re looking at a dynamic AMOLED screen with a 1080 x 2340 resolution.

As you might expect from its name, the S22 Ultra has the most features of the three models. It has a 6.8-inch Edge dynamic AMOLED screen, adaptive pixel advanced technologies for better photos in low light, a 100x space zoom, and the ability to play 8K videos at 24fps.

Also, the S22 Ultra has the most options, starting with 8GB of RAM and 128GB of storage. You can also get it with 12GB of RAM and 256GB, 512GB, or 1TB of storage on the inside. You can now make a reservation for the Galaxy S22 series on Samsung’s website. Shipping will start on February 25.