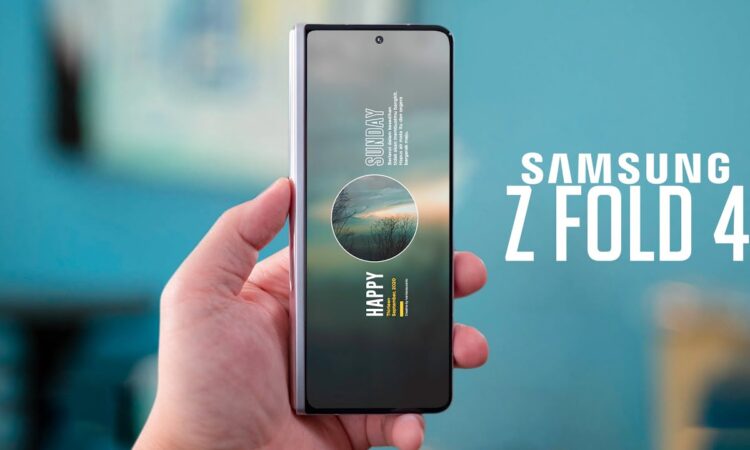 The Galaxy Z Fold 4 is Samsung’s follow-up to the Z Fold 3, which came out in 2021. It hasn’t come out yet. Keep reading to find out everything you need to know about this phone, such as how it might have a better main camera sensor and less of a fold than the Z Fold 3.

When Will Samsung Release the Z Fold 4?

At the Samsung Unpacked event, the first Z Fold was shown off. This makes sense to happen again this year. Also, an early listing showed up on Amazon’s site in the Netherlands, but it’s been taken down since then, so the release date is getting close.

There are no good hints yet about how much the phone will cost. But, as is usually the case with new phones, we can hope it’s less expensive than the one it replaces. Based on the prices of the Z Fold 3, this is how Samsung might price the Z Fold 4:

The Z Fold 3 was the first Samsung foldable phone to work with the S Pen, so it’s a given that the Z Fold 4 will do the same. Ice Universe, who leaked the information, says that Samsung will not have a built-in slot for the S Pen. The phone will be thinner than the Z Fold 3, which is good because foldable phones are already thicker than regular ones.

If they’re trying to save space, it makes sense that there won’t be enough room for the S Pen holder. Of course, this also means that it won’t come with the phone, so if you want one, you’ll have to buy it separately. The same leaker says that the Fold 4 will have a swipe-to-split-screen feature, making it easier to do more than one thing at once.

The Galaxy Z Fold 4 will likely have the same cameras on the back as the Galaxy Z Fold 3. That is if TechTalkTV is right on Twitter: The good news is that the same user also said the phone would have a 50MP main camera. If this is true, it will be very different from the Z Fold 3’s 12MP camera.

There also seems to be good news about how the phone is put together. One leaker says the crease won’t be as obvious when you fold this phone. This is something that some people don’t like about foldable screens, and for a good reason. Ice Universe says that even though the crease is still visible, it looks a little bit better than Fold3 and the screen looks smoother.

91Mobiles got high-resolution pictures of the Z Fold 4, which you can look at. We think it will have the same 256 GB and 512 GB storage choices as the Fold 3. There could also be a 1 TB version, but opinions on this are mixed, and the third option might be just 128 GB.

Again from Ice Universe, we’ve heard that the battery will be the same size as the Fold 3. But the updated Snapdragon 8 Plus Gen 1 processor will likely make better energy use, leading to longer battery life. Here are all the specs we’ve heard about so far. As we learn more, we’ll keep this page up to date.

Samsung’s Dark Red color will be hard to get on the Galaxy Z Fold 4.

Samsung’s new flagship phones are known for coming in some unique colors. Most of the time, you can only get these colors from the company’s online store. The same thing may happen with the Galaxy Z Fold 4. The new foldable smartphone might come in dark Red as one of its colors. Word on the path is that the Galaxy Z Fold 4 will be available in limited quantities in this Dark Red color.

Galaxy Z Fold 4 might come in other special colors.

Even in the places where it is sold, this color option might be gone soon. If you want a Dark Red Galaxy Z Fold 4, your best bet is to buy one as soon as they go on sale. If you keep putting off the purchase, it’s possible that you won’t get one at all. The Samsung Galaxy Z Fold 4 series is expected to be shown off early next month. After the launch, the device is likely to come out in a couple of weeks.