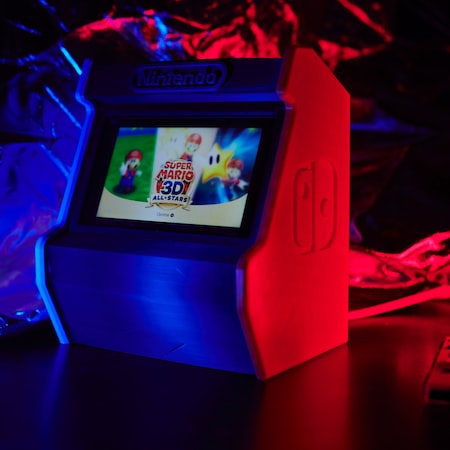 In the puzzle game Warp Shift we will have to take the protagonist from the cubicle in which she is to the one in which there is a portal to advance.

The game introduces us to Pi, the protagonist of the story, who, upon entering the forest, has discovered a small robotic cube and has plunged into a different dimension in which she will have to face complicated puzzles to advance and discover the secret of that dimension.

To get Pi to advance, we will have to solve the puzzles by guiding her from cubicle to cubicle, as well as moving the cubicles until the one in which the portal is located can reach that will take us to the next puzzle.

When playing you have to bear in mind that in order to finish the levels, you will have to complete them in a certain number of movements. These movements are both Pi, the protagonist, and cubes, and, as we make any of them, we will first lose stars until, finally, we can do nothing more than restart the level.

The game has 6 different worlds, each of them with 15 levels which makes a total of 90 levels to solve, but in order to advance to the different worlds, we will have to have a certain number of stars that we will obtain when completing levels. In addition, the game has a free and additional level pack called “Lost Cubes” with 15 other levels.

One of the most remarkable aspects of this game are its visual effects, as well as the soundtrack that accompanies us while we play the game at all levels and the different animations, which make playing Warp Shift be a completely different experience from what most puzzle games have us used to.

Warp Shift It is priced at € 1.99 in the App Store and includes a series of in-app purchases that allow us to acquire clues to solve the levels that resist us. You can download the game from the followinge link to the App Store.

Tags :gamePuzzleShifttestWarp
share on Facebookshare on Twittershare on Pinterestshare on LinkedIn share on Tumblrshare on Redditshare on VKontakteshare on Email
Ksiba1October 3, 2021